Like most of the EAPSI fellows, I opted to have my return flight back to the US a week after the official end of the program, giving me some time to do some sightseeing.  In this post I’m just going to do a quick dump of a bunch of photos from my victory lap around Japan.

I went to karaoke with my friends in Muroran to have one last hangout before I returned to the side of the planet that I normally live on. 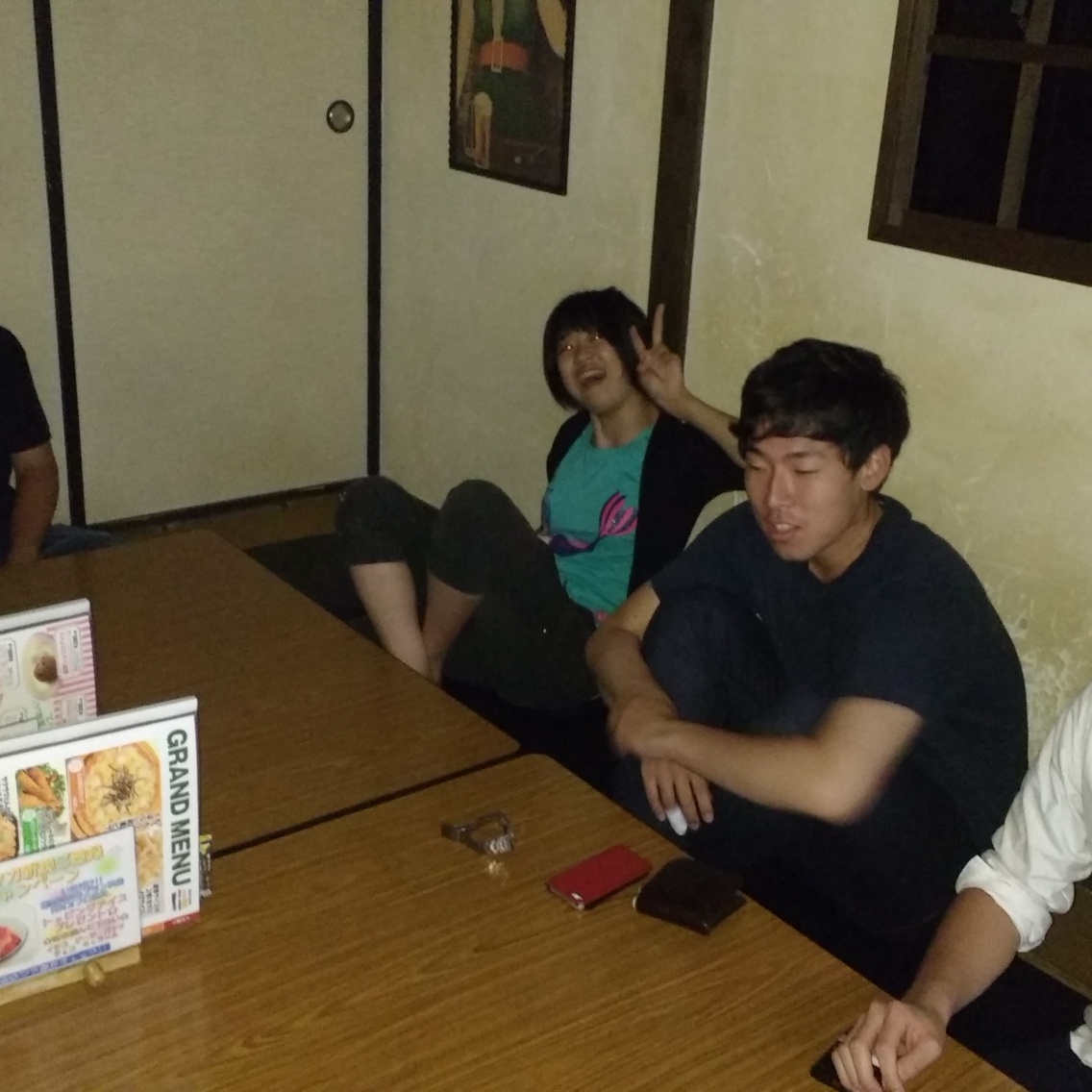 Went to karaoke one last time with my friends in Muroran.

Getting dinner with my lab mates for the last time.

As usual, my lab mates took me to an awesome place with tons of food.

Just one tray of an endless parade of sashimi.

Biking across Muroran and back

I also wanted to quickly explore the far side of Muroran.  I didn’t think there was anything there, but I had to check to make sure.  There wasn’t.  I had a good bike ride though, and got to visit a really depressing aquarium. 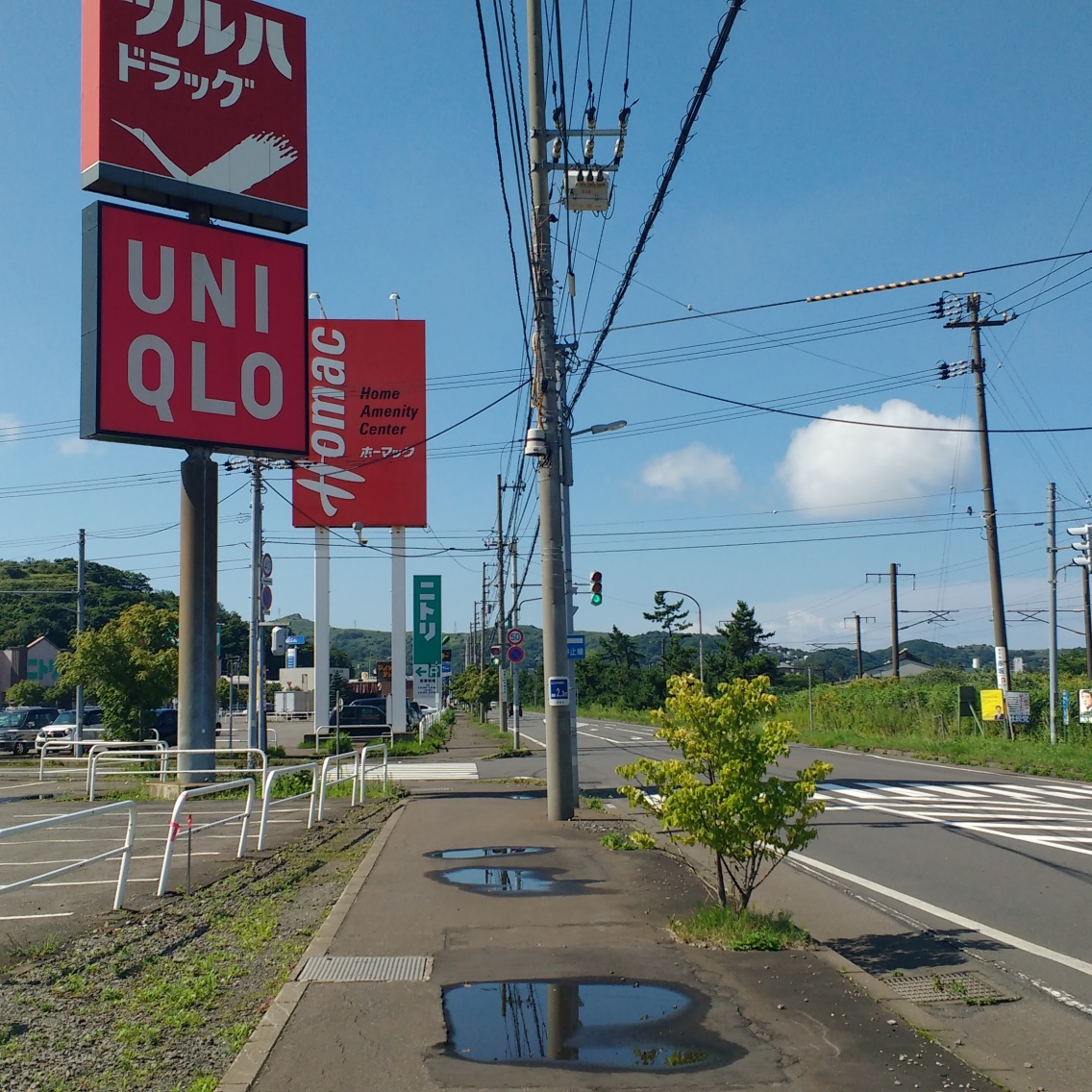 As it turns out, Muroran does have a UNIQLO.

The bike ride across Muroran really drove home what a sleepy place it is. There isn’t a bustling city center hiding somewhere far from campus. 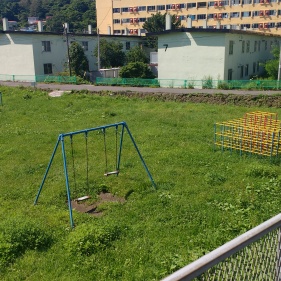 Along with the rest of Japan, Muroran seems to have an appreciation for incredibly old fashioned playgrounds.

A view into the bay. A typhoon was forecasted to make landfall in Hokkaido this day, but if it did, it totally missed Muroran. 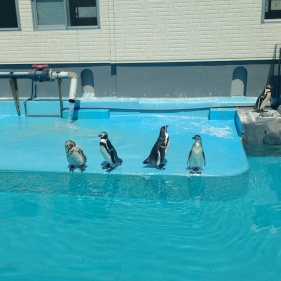 The penguin enclosure seemed small, and I was unsure if one of the penguins was sick. It definitely wasn’t a model of progressive zookeeping. 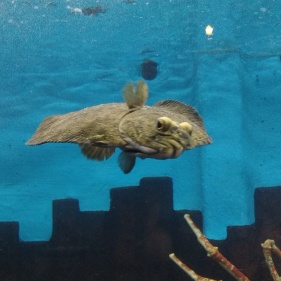 The tanks were largely without ornamentation. Also, while its not the aquarium’s fault, god flounders are hideous.

A view of the aquarium’s Ferris wheel and Hakucho Bridge. 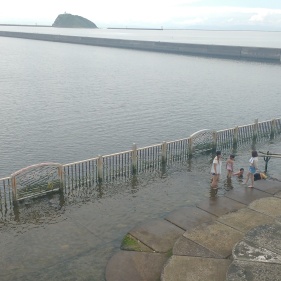 There was this gate allowing people to safely soak their feet in the water of the bay without being able to swim.

I found a really beautiful Buddhist temple on the way back. 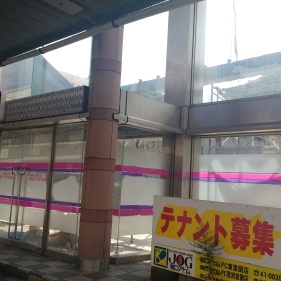 I also saw a very dilapidated pachinko parlor, which consisted of the facade and nothing else. 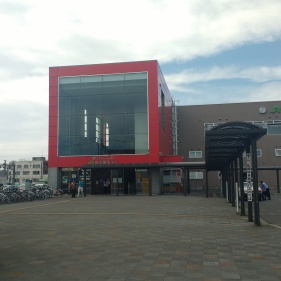 I stopped by the Higashi-Muroran train station on the way back to campus to see if I could find any good souvenirs. 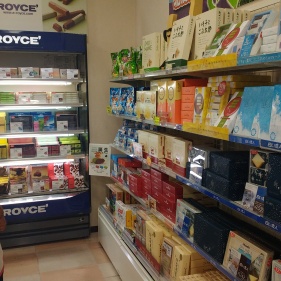 The souvenirs at the station were the usual. Nothing with the name of the city though, which was unfortunate. I can get this stuff anywhere in Japan.

My first night in Tokyo I stayed at the Tokyo Bellclassic Hotel, right near the train station in the neighborhood of Otsuka.  After wandering around and finding dinner I headed to the neighborhood of Shinjuku based on the recommendation of Lonely Planet. 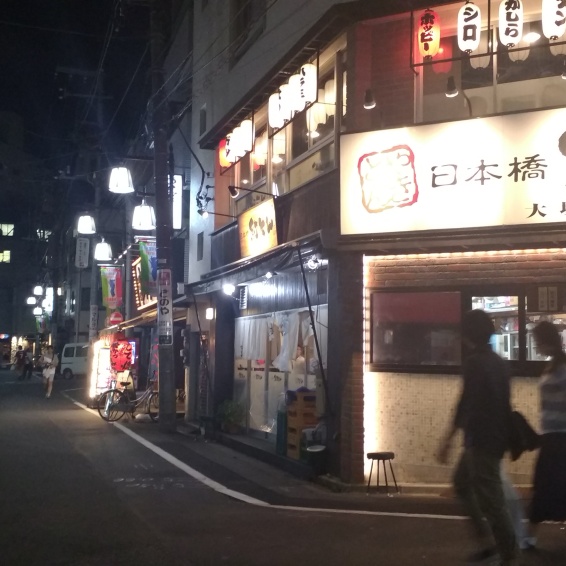 The theater had Godzilla peaking over the buildings. 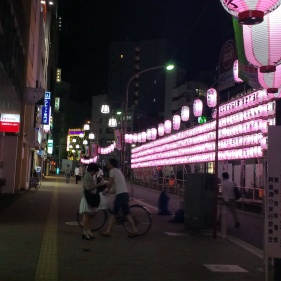 Akihabara is a Tokyo neighborhood famous for being a hub of otaku culture and electronics shopping. 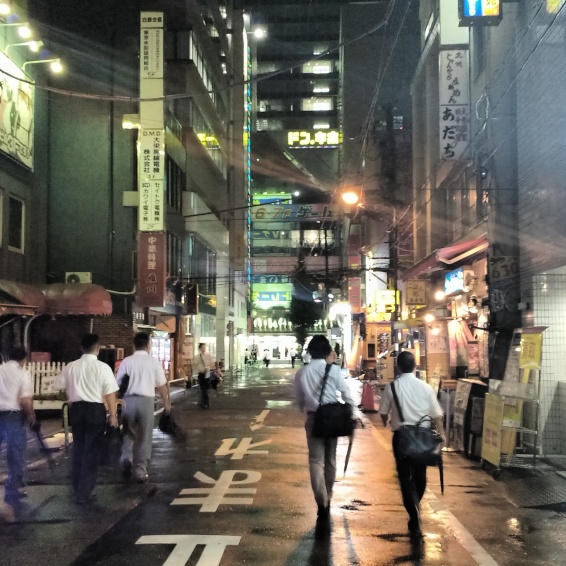 I wanted Akihabara to look totally cyberpunk, and fortunately it did. 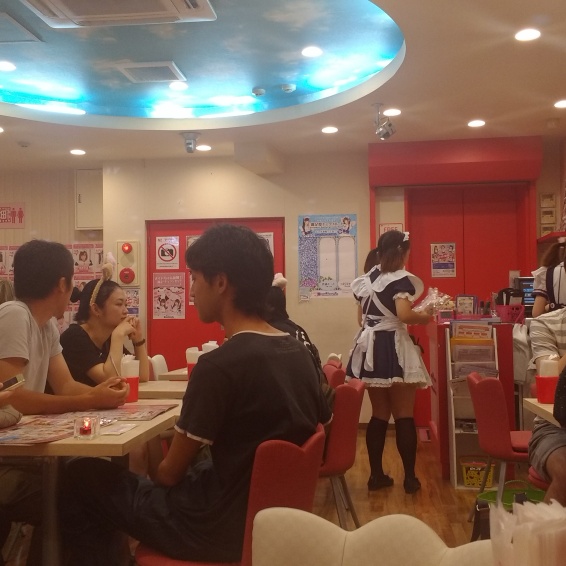 Went to a maid cafe cause a friend told me to. Honestly I don’t really get it.

Everyone thinks Japan is really futuristic, but its so old fashioned in some ways. How a place that sells individual potentiometers in a big tray hasn’t gone the way of Radio Shack is beyond me.

Standing sushi restaurant. It was delicious, but then again I don’t think I ever had bad sushi in all the time I was in Japan. 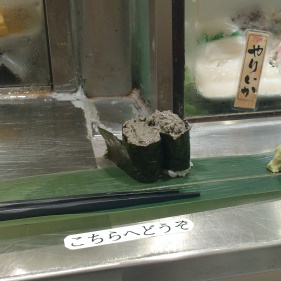 The other pieces were more photogenic. ‘Crab innards’ was my most adventurous choice. 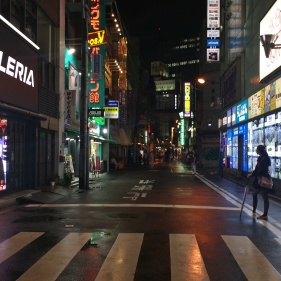 When they inevitably make a Snow Crash movie, my money is on it looking like this.

It was raining due to a tropical storm hitting Japan not far from Tokyo.  Knowing I’d soon be returning to a city that has been afflicted with a drought for four years and counting, I didn’t mind it. 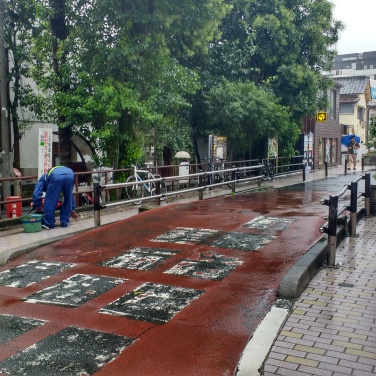 After wandering around Harajuku I went to Meiji shrine.  It was beautiful in spite of the warm downpour, or perhaps because of it.  In all my time in Japan  I never got sick of visiting shrines.  They’re really beautiful. 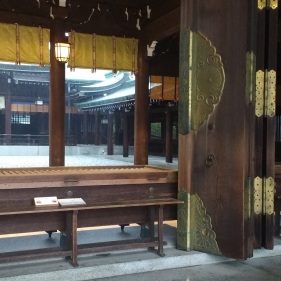 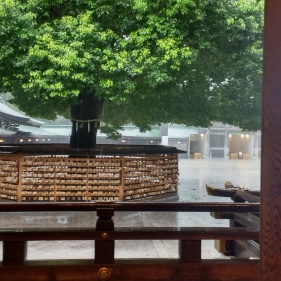 In the evening I went walking to explore the tiny seaside resort town of Atami.  The most memorable part was when I saw a beautiful tiered garden on a cliffside and explored it.  Something about the meandering paths of the garden really reminded me of something out of a fantasy story.  It had an appropriately satisfying ending when I realized that the garden lead into a back entrance to a really nice hotel, and I was able to use their fantastic onsen. 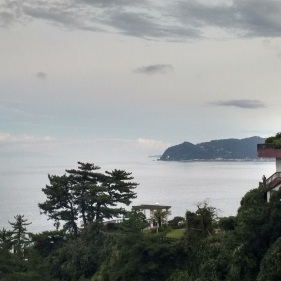 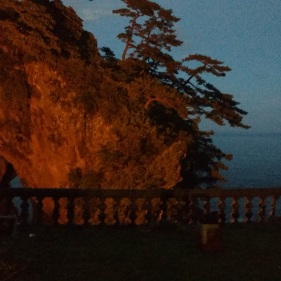 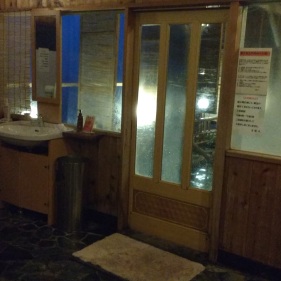 The next morning I took a bus to Atami castle, which can be seen towering over the city on a nearby peak.   The forecast warned that the combination of highs near 100 F and high humidity would make it feel 118 degrees.

Along the way to the bus stop I saw a statue of a man kicking a woman, which was explained by a nearby plaque to be a depiction of the climactic scene of a 19th century novel set in Atami called ‘Gold Demon’.  Evidently star-crossed lovers are unable to wed after the woman agrees to marry a banker’s son for his money.  As they see each other for the last time, the man kicks his would be bride for being a gold digger.  No offense to Kozo Ozaki, but I’m pretty glad best selling lit has gotten a little more feminist since the Meiji era.

I took the bus to Atami castle, which I was disappointed to learn was not a real castle.  The interior is a normal building with a just okay museum inside.  Turns out it was built in the 50’s to boost tourism.  The view was good though, and it whet my appetite for some amazing castles I’d see a few days later.  I also had some great udon near Atami station before I left for Kyoto. 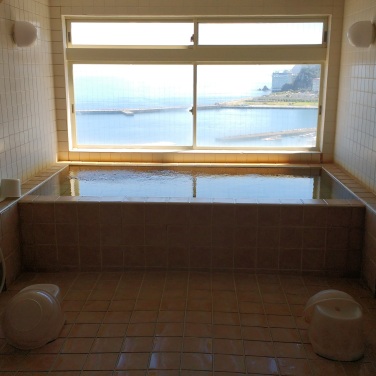 For contrast to the natural looking onsen at the hotel I’d visited the previous night, the onsen at my hotel was a bit more ordinary.

One of the major streets in Atami that runs parallel to the beach.

I was confused by this statue, which appears to show a man kicking a woman. According to a plaque nearby it depicts a scene from a classic novel set in Atami.

I took the bus to Atami castle, which isn’t a real castle.

The view from the peak was nice though.

I'm an engineer living in Los Angeles California. In my free time I enjoy surfing, crafting, and board games. View all posts by Jonathan R Gross